What Causes a Bad Economy? 5 Reasons 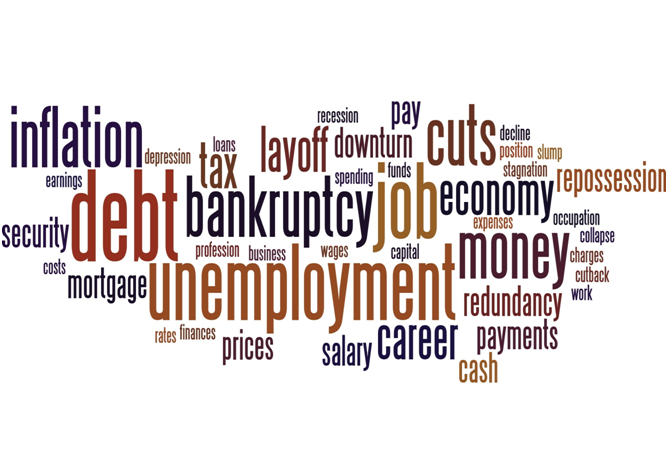 Everyone likes to talk about the fact that we have a bad economy — but what exactly makes the economy go bad? If we don’t understand what causes an economic depression, we’re powerless in our attempts to fix it.

While tons of people love to talk about the economy, it’s increasingly uncommon to truly understand how finance works.

This article will walk you through a few causes of an economic recession, so you can better understand how to fix the economy.

Some people would argue it’s worse when inflation increases rapidly. Others would argue that things are at their worst when inflation rates decline too fast. No matter how you slice it, rapid shifts in the value of money are never good for the economy.

Yes, contemporary money is only worth what we make it, but when people don’t get time to adapt to the changing worth of money, disaster can ensue.

One of the lesser-talked-about causes of a failing economy is an increase in the cost of college. In our contemporary culture, college is highly valued. Kids are expected to go to college no matter what field they’re entering, and with costs well above 100,000 dollars, they’re getting themselves and their families in some serious debt.

In our age of instant messaging and constant communication, it’s easy to forget that the transportation of goods is extremely important and not easy to pull off. Certain regions in the world are more inclined to create certain products, and a solid economy relies on a healthy share of imports and exports.

With a world so globally connected, a particular economy doesn’t even need to falter to cause a slowdown. If one country suffers from a trade blockage, many other countries around the world could also suffer.

Before you go clicking away from the page at the thought of spirituality creeping into economics, don’t worry — animal spirits is simply a term coined by John Maynard Keyes to describe emotional economic phenomena.

Animal spirits are those hunches and irrational reactions to economic phenomena that can change a market. They can easily cause bubbles in the prices of assets, and give shareholders a false sense of growth — just look at the Dogecoin phenomena, where tons of people essentially bought a stock as a joke.

For more information on the paradigm-shifting concept of animal spirits, check out the work of Robert Shiller.

No matter what side of the political spectrum you’re on, it’s easy to see that low wages lead to bad economies. When people don’t have enough money to support themselves, they need to rely on government aid, which can tank the economy.

When understanding economics, one has to remember that a low unemployment rate can be misleading if the jobs that people get aren’t making people much money.

Understand What Makes a Bad Economy

As you can see, there are many reasons why a bad economy might arise. At the end of the day, economies work the best when everyone keeps in mind the common good, while also taking care of themselves.

For more articles like this, check out our “finance” section.

How Can I Achieve My Financial Goal?

The Benefits of Hiring a Property Manager